29 Tips To Get Rid Of Dairy (Without Turning To Soy!)

It’s summertime, the season commonly associated with milkshakes, ice cream cones and frozen yogurt. Not to rain on your frozen-dairy-dessert parade, but many doctors, nutritionists and studies agree that dairy ought not to be consumed in moderation — dairy has to go. Permanently.

Dairy’s been scientifically linked to acne, cancer and weight gain as well as stomach aches, gas problems and bloating.

Usually when people ditch dairy they switch to genetically modified tofu, processed “fake cheeses,” and sugary pints of dairy-free ice cream. Switching from loads of dairy to loads of processed, sugary foods isn’t doing your body much of a favor.

So instead, focus on phasing out dairy by adding in these healthy plant-based substitutes and watch your health, skin and pant-size improve!

Changing your milk is the easiest first step of phasing out dairy. Try these swaps:

You don’t need dairy to top off your meal. Try these dairy-free yet creamy-full swaps instead:

This doesn’t have to be a bummer without dairy. Here are some simple dairy-free snacks:

When eating out, be careful of these sneaky places where dairy often hides:

And finally, a lot of success with phasing out dairy begins in your head, even more so than in your coffee. Try these tricks: 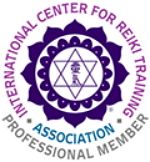